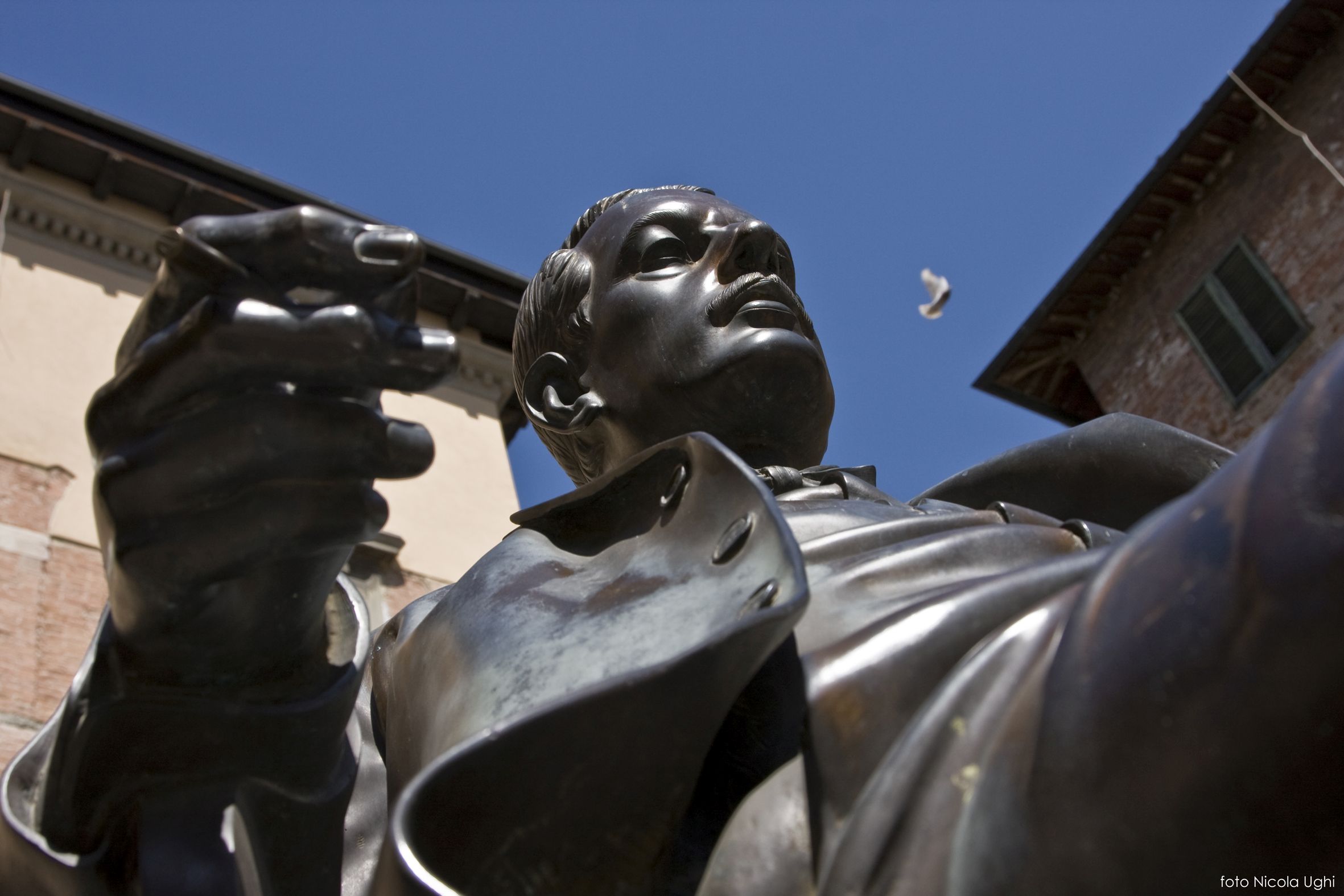 See a city from a particular point of view and discover that ... everything is about music!

The peculiarity of the tour, which winds through a rich path between the Teatro del Giglio and the Puccini house museum, is that it has a real soundtrack, which spans over the centuries and in musical genres.

The guide itself becomes a sort of deejay that will make you listen, at the right time, to music with small speakers or Bluetooth Stereo headphones. Not only the works of Maestro Giacomo Puccini, the main protagonist of the tour, but also the jazz of Chet Baker, the rock of the Rolling Stones, the minuets by Luigi Boccherini, the serenades by Niccolò Paganini. It turns out so, but it is not a big surprise, a city full of music, where every monument recalls an episode, small or large, and many anecdotes related to the theme. And 'one of the reasons why the visit will never be the same, there are many places that can be visited that can sometimes vary and make the tour always original.

The visit will take place every day until November, in Italian and English. There are also some special dates only in Italian dedicated to tourism in the vicinity, what comes from the nearby cities or the same Lucca, tourists in their own home to discover an ever new Lucca. The first visit in Italian, scheduled for April 24, will be conducted by the vice-president of Turislucca Gabriele Calabrese, who designed the tour.

The visit starts at the Teatro del Giglio at 11.00. Compatibly with the availability of the Theater, the temple of Lucca music that since the nineteenth century has hosted the greatest singers from Farinelli to Malibran, will be made the visit to the audience or other interior of musical interest. Here appears for the first time in the tour the figure of Maestro Puccini, who personally followed the staging of some of his works at the Giglio theater.

Leaving the theater a brief mention at the Hotel Universo, and the legendary room No. 15 that housed Chet Baker, who sat on the windowsill of the bedroom playing at the most unthinkable hours of the night.

In Piazza Napoleone, for twenty years we have witnessed the triumph of rock and contemporary music of Lucca Summer Festival, with the unexpected surprise of listening to songs sung by the Rolling Stones in Italian.

Again Palazzo Ducale, which like many Lucchese palaces hosted the musical academies and the "dormitories".

In the cathedral of San Martino sounds of other times will resound and the history of the same builders of musical instruments, especially organs. The cathedral was a very important place for the dissemination of musical education, linked in particular to the traditions of the Holy Cross and its "Mottettone".

The visit will then continue to the Istituto Boccherini, where it is not necessary to enter: the event is already the music that, throughout the day, spreads from the classrooms for each alley and surrounding square. In front of the musical Institute, the statue of another great of Lucca's music, Luigi Boccherini, whose arias continue to be filmed in successful films and which are surprising for their relevance.

Outside church San Frediano you will meet the residence of Niccolò Paganini, with his serenaders in love, compositions for which abandoning the faithful violin he adopted the softer guitar.

On the walls there is a look at Palazzo Pfanner, next to the wall of the San Giorgio prison that once housed, with a drug dealing charge, Chet Baker, who had a special dispensation to occasionally play the trumpet.

We will continue to Santa Maria Nera and the Orsetti garden: here was born Saverio Gemignani who was fond of this place where the fathers used the music to attract the faithful. Alfredo Catalani was born in this district. The last leg of the tour includes entry with a visit to the Puccini museum house.

The visit, in two languages, lasting about 2 hours and 15 minutes, will take place every day starting from April 24th with a meeting scheduled at 10.45am at the Teatro del Giglio.

The initiative, which will start on April 24, sees the collaboration of Turislucca, City Council, Teatro del Giglio, Puccini Foundation, Itinera and Lucca Promos