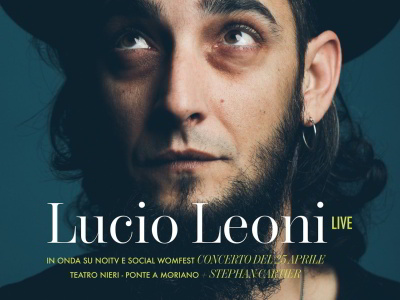 The city of Lucca celebrates the Anniversary of the Liberation of Italy from Nazi-Fascism with a series of events including the traditional Concert on April 25.

Recorded in the Theater of Ponte a Moriano the previous week, the event, broadcast on the NoiTV television channel and on FB / WØMMovement, will be opened with an institutional intervention followed by a concert with the artist Lucio Leoni and Stephan Cartier.