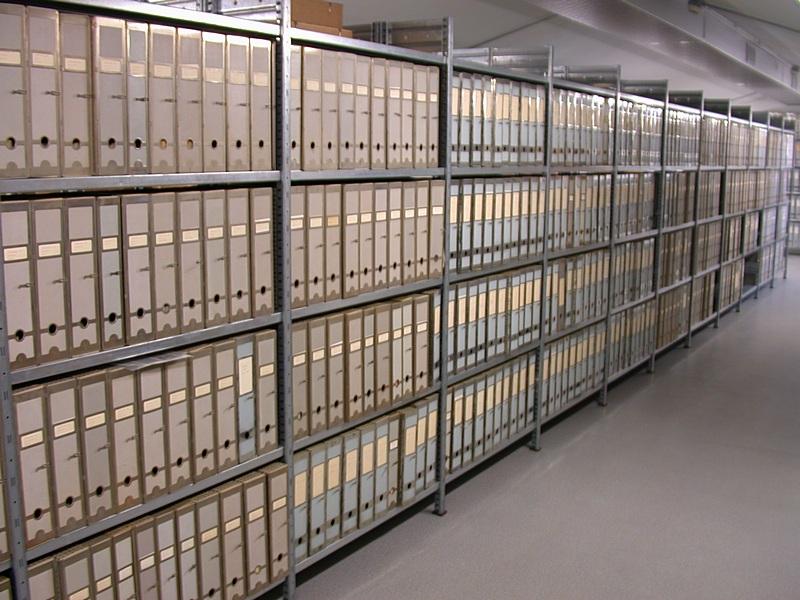 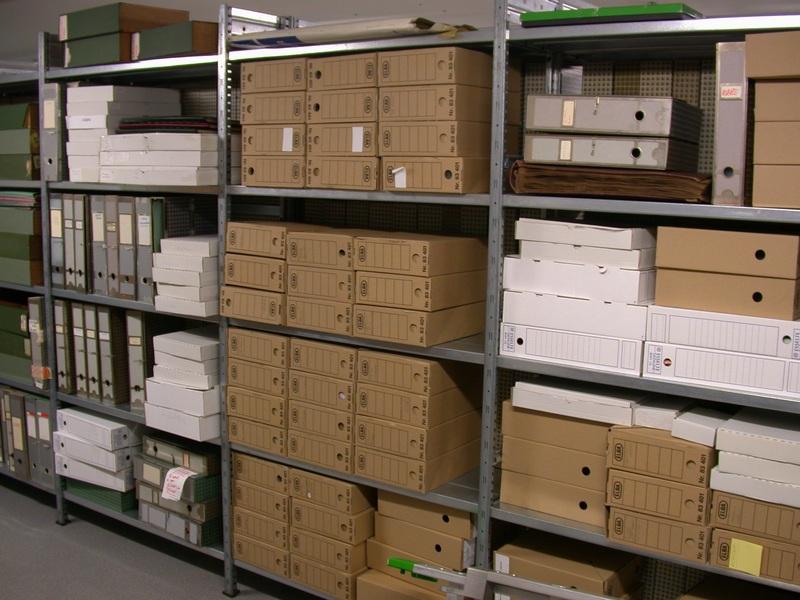 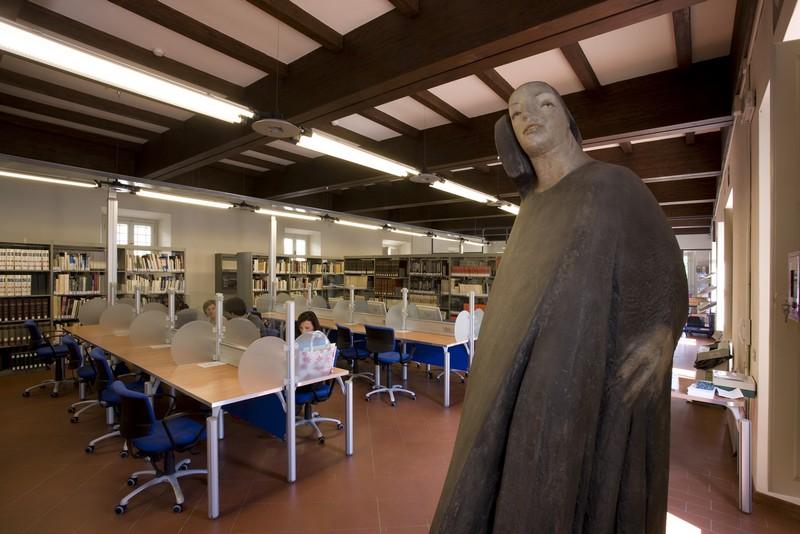 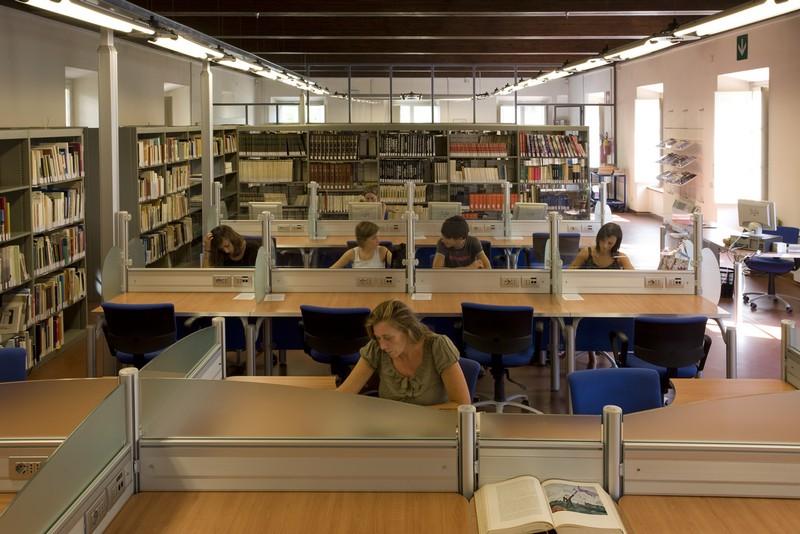 The “Centro Studi sull'arte Licia e Carlo Ludovico Ragghianti" was created in 1981 with a donation given by the Ragghianti to the Cassa di Risparmio di Lucca including their library, photo library and archive.

In October 1984, the Association has been transformed in "Fondazione Centro Studi sull'arte Licia e Carlo Ludovico Ragghianti", supported by the Cassa di Risparmio di Lucca, Tuscany Region, the Province of Lucca and the city of Lucca.

According to the intentions of donors, its primary purpose is "to offer the city and the district of north-western Tuscany, as well as any interested subject, a tool for the study of art, in the past and in the present."

The library funds (donations by C.L. and L. Ragghianti, P.C. Santini, A. Geri, S.Coppola, G. Bertolli, D.Sella, R.Carrieri, M.Tobino, A. Salvadori, Isa Belli Barsali and Giovanni and Vera Pieraccini) consist of over 70,000 volumes and about 800 periodicals plus a large group of Thesis of the Department of History of Art of Pisa filed by Piero Pierotti.

The Foundation collects not only the Ragghianti archives, but also the archives PC Santini, S. Coppola, L.Guerrini, I.Cardellini and a collection of over 36,000 brochures and small art catalogues. The photographic collection consists of over 200,000 images.

The Foundation cherishes an extensive collection of paintings, drawings, graphic works and especially of sculptures on permanent display in its headquarters. In 2012, the Regional Directorate for Cultural Heritage and Landscape of Tuscany recognised the historic and artistic interest of the collection of works of art of the Foundation Ragghianti by Decree n. 394/2012.

The foundation publishes "Luk", a periodic magazine. The Foundation is located in the premises of the church of San Micheletto.

Carlo Ludovico Ragghianti, a historian and theorist, was born in Lucca on 18 March 1910 and died in Florence on 3 August 1987. He studied in Pisa with Matteo Marangoni, and here he taught until 1972. He participated in the fight against fascism and in the Resistance, he was among the founders of the Action Party and on 8 September 1943 and he organized armed resistance in Tuscany. He was president of the CLN Tuscan and head of the provisional government that freed Florence (11 August 1944).

He was appointed Secretary to the arts and entertainment during the Parri government and later he took charge of institutional problems related to the university reform, teacher training and the protection of the artistic heritage. It is important to remember his commitment to the introduction of the teaching of cinema history and criticism in Italian universities.

The cultural background of Carlo L. Ragghianti was influenced by the aesthetics of Croce and the theories of "pure visibility", later choosing and expanding the theories of Konrad Fiedler, Alois Riegl, and Julius von Schlosser.

As a researcher, he published in 1933 an essay on the Carracci, published in La Critica, directed by Benedetto Croce, with a study on Vasari and essays on cinema and shows as expressions of visual art, thus demonstrating his early interest in all manifestations of visual language. Ragghianti cultivated this interest throughout his life as the three volumes on the arts of vision demonstrate (1974-1979), a synthesis of his research on cinema as visual art, on theatre and the philosophy of art. In 1935, he founded, together with Ranuccio Bianchi Bandinelli, the magazine Critica d'Arte, which also Roberto Longhi contributed to.

From 1952 to 1965 he directed with his wife Licia Collobi and with the financial support of Adriano Olivetti, the art news and culture magazine seleArte, one of the most important cultural publications after the war, which reached up to 55,000 copies.

Ragghianti’s interests in the theory and methodology of art are revealed by his publications Commenti di critica d'arte (1946) and Profilo della critica d'arte in Italia (1948), while among his studies of historical-philological reconstruction we must recall Arte in Italia (1967), for his interpretation of contemporary art, Impressionismo (1946) and Mondrian e l'arte del XX secolo (Viareggio Prize, 1963).

Ragghianti founded and sponsored many cultural institutions, including the Istituto di Storia dell'Arte and the Raccolta nazionale di Disegni e Stampe dell'Università di Pisa, the Università Internazionale dell'Arte di Firenze (1969) and in 1980, with his wife, founded in Lucca the Foundation and Study Centre on art “Licia and Carlo L. Ragghianti”, to which he donated his library and photo library.

Linked to seleArte, it was crucial the production of the series seleArte cinematografica (which includes 18 of the 21 critofilm made by Ragghianti since 1948, La deposizione di Raffaello, and completed in 1964, Michelangiolo) through which Ragghianti made cinema a tool for critical and popular research. In these works Ragghianti faced different themes of art history, from Renaissance painting (Andrea del Castagno, Piero della Francesca, Botticelli), to the twentieth century (Rosai), from Etruscan to Roman art, working also on architecture and urban planning (Lucca, Venice, Pompeii) and realising Michelangiolo, his highest accomplishment.