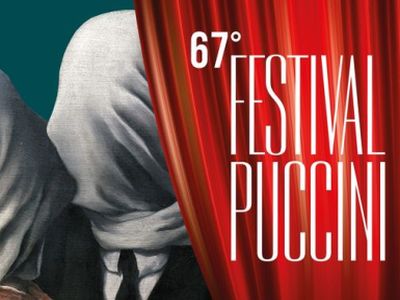 Tanti Baci is the title chosen for the 67th edition of the Puccini Festival in Torre del Lago. The theme and fil rouge of the entire festival combining many events on the billboard. Kisses in all different aspects  explored through new compositions in one of the most expected events in the rich cultural life of Tuscany.
The most important opera festival in Italy and the only in the world dedicated to the composer Giacomo Puccini takes place every summer, in the months of July and August, in the places that inspired the maestro to write his immortal melodies, in a large open-air theater, on the shore of Lake Massaiuccoli, surrounded by greenery right in front of Maestro Puccini's Museum.
A prestigious event attracting a big audience from all over the world to listen to the greatest opera-stars at the Puccini Festival, under the direction of important conductors, and to admire extraordinary performances curated by the most famous directors of Puccini's masterpieces ranging from Tosca and Turandot to La Bohème.

In the program on Saturday 7 August

9.15 pm - Gran Teatro Giacomo Puccini | La Bohème. Melodrama composed of lyric scenes in four parts, on a libretto by L. Illica and G. Giacosa. Music by Giacomo Puccini.
Staging by the director Ettore Scola, prepared for the Torre del Lago Festival in 2014. Direction entrusted to Marco Scola di Mambro, grandson of the great director who, already in 2014 as an assistant, created the direction of the prformance with his grandfather.
The opera tells the poignant love story between Mimi and Rodolfo, played by Polina Pasztircsák and Ivan Ayon Rivas. Maestro Enrico Calesso directs the Puccini Festival Orchestra. Scenes by Luciano Ricceri.

The program also includes events for enthusiasts with symphonic music concerts, special events, promenades and exhibitions in various locations of the city of Viareggio.
Poster (jpg).