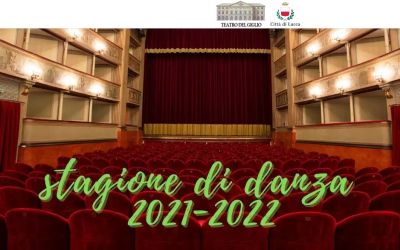 Scheduled on 29 march for the dance season

9 pm - Il lago dei cigni (Swan Lake): music by Pyotr Ilyich Tchaikovsky, choreography by Marius Petipa and Lev Ivanov. The most popular of classical ballets, presented at the Giglio by the Yacobson Ballet of St. Petersburg, founded in 1969 by one of the most famous choreographers of the 20th century, Leonid Yacobson.

To date, the Company has performed in many countries around the world, and has received numerous important awards in Russia. The current director of the company, Andrian Fadeev, made a career as a principal dancer at the Mariinsky Theatre in St. Petersburg.