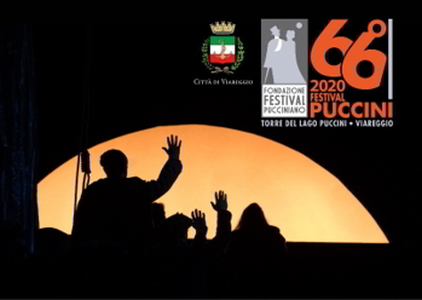 66th edition of The Puccini Festival in Torre del Lago. One of the most expected events of the rich cultural life of Tuscany, the most important opera festival in Italy and the only one in the world dedicated to the composer Giacomo Puccini which takes place every summer, in the months of July and August, right in the places that inspired his immortal melodies, in a large outdoor theater of 3,400 seats, on the shore of Lake Massaiuccoli, surrounded by greenery right in front of the Museum of Maestro Puccini, a villa where the remains of the musician, finds and memorabilia from his life and glorious artistic story are kept.
After the dirst edition in 1930 over the years it has become a prestigious event capable of attracting a big audience from all over the world with the greatest opera stars, under the direction of important conductors, with extraordinary installations curated by the most famous directors of Puccini's masterpieces like Gianni Schicchi, Tosca and Madama Butterfly.

The program also offers some appointments with symphonic concerts, special events, concerts in the Paolina garden, in the fascinating space around Villa Paolina with various performances scheduled for the same evening and spiritual Viareggio: four short concerts in four churches in Viareggio.

Saturday 8 August
9:15 pm - Gran Teatro Giacomo Puccini | Madame Butterfly. Japanese tragedy in two acts on libretto by L. Illica and G. Giacosa. Music by Giacomo Puccini. The young and talented Italian conductor Enrico Calesso directs the Orchestra of the Puccini Festival. Manu Lalli curates a new set-up in addition to the direction and costumes, in which the tragedy of the poor geisha takes place in a shady house, in the midst of green gardens, above a large forest opening up to the heart of the audience. In the role of Cio Cio San Shoko Okada, F.B. Pinkerton will be Raffaele Abete.