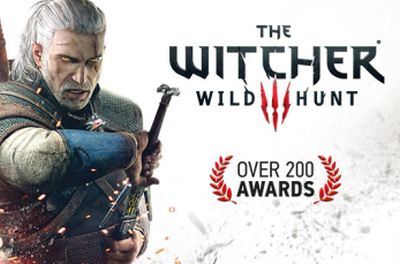 A symphonic concert dedicated to the famous CD Project Red video game and its expansions.
A unique event, created with the Teatro del Giglio in Lucca.

Lucca Comics & Games presents The Witcher 3: Wild Hunt - Music from the Continent and conducting from the podium will be Eímear Noone, author of 26 film and videogame soundtracks, including World of Warcraft.

The concert will combine music from The Witcher 3 with short, evocative pieces by Giacomo Puccini, whose modern language has inspired generations of film and videogame music composers and will also inspire the audience at Lucca Comics & Games.

Eímear Noone is an award-winning Irish conductor and composer, author of numerous video game and film scores, and lives between Dublin and Los Angeles. Eímear is among the world's foremost composers of game scores, and is the author of some of the longest-running soundscapes in World of Warcraft and other best-selling video games. Through his World of WarCraft music, Eímear's music has reached over 100 million people and inspired players to invent and build new worlds for almost 15 years. For his 26 works for films and video games, he has received numerous industry awards, including the Hollywood Music in Media Award for Best Video Game Soundtrack. Eímear was the first woman to conduct the orchestra during the Academy Awards ceremony.

Eimear was the first woman ever to conduct the orchestra at the Academy Awards, and her music has reached over 100 million people in almost 15 years. The pieces from the original soundtrack will be performed by musicians from the Orchestra Giovanile Italiana di Fiesole, accompanied by the Polish folk metal band Percival Schuttenbach and the UT&VOX choir directed by Lorenzo Donati.

Percival Schuttenbach is not only a band with numerous musical projects to its credit, but above all a group dedicated to widely known music, as well as the realisation of concerts, workshops, album releases and online sales. Two people - Mikołaj Rybacki and Katarzyna Bromirska - are the leaders and founders of the company, especially in the musical and non-musical parts. This productive compositional pairing has expanded the vision of the Percival Schuttenbach group to become a constantly growing brand.

The Orchestra Giovanile Italiana, conceived by Piero Farulli at the Scuola di Musica di Fiesole, has made a decisive contribution to the country's musical life over four decades with over a thousand musicians permanently employed in Italian and foreign symphony orchestras. Christened by Riccardo Muti, the Orchestra has been invited to some of the most prestigious music venues around the world.

You can also purchase tickets on the Vivaticket circuit from Friday 7 October at 5pm.