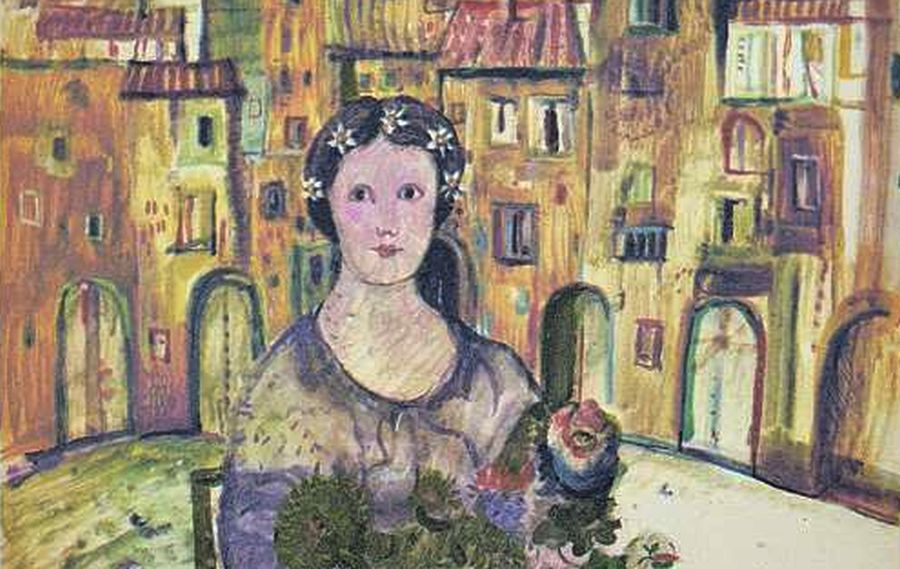 She rests all year round inside the basilica of San Frediano, in a side chapel where great frescoes tell his story. She is Saint Zita, the saint of flowers, to whom many devotees all over the world are grateful and in Lucca it is a festive atmosphere.

For the days of St. Zita, saint beloved by the people of Lucca, patron saint of Lucca, of housewives, wardrobes and bakers, sweets, market and gardens ... with surprise!

The people of Lucca like to tell the story of the kind maid falsely accused out of envy. One day Mr. Fatinelli, with whom she was in service, met Zita in a puffy apron on her way to a family in need and asked her what she was wearing. It was full of bread, but Zita replied that she was only bringing flowers and leaves to Our Lady, which in fact fell and melted the apron. In 1278 she died and the people of Lucca wanted her remains to be buried in the basilica of San Frediano. His mummified body is exhibited in the Fatinelli Chapel of the Basilica of San Frediano in Lucca.

Santa Zita di Lucca was already so venerated in Tuscany that she was mentioned by Dante Alighieri in the Divine Comedy shortly after her death, referring to a magistrate of Lucca called "anzian di santa Zita", thus identifying the little Saint of flowers with the honest and vistuous Lucca. Her memory has always been linked to that miracle of flowers and in her honor every year a large garden is set up in Piazza Anfiteatro for the market exhibition, blessed bunches of daffodils are offered, a symbol of empathy that brings luck and happiness, like the first flowers that bloom and announce spring.

The gardens of Santa Zita

Flower beds then for the feast of Santa Zita, linked to the traditional flower market and which will take place in Piazza dell'Anfiteatro from 24 to 28 April for five days dedicated to the patron saint of Lucca.
These are the Gardens of Santa Zita which, in addition to the classic city itineraries, add a "temporary" one among the ten places in the city where as many flowerbeds and flower decorations have been set up that bring the spirit of spring and tradition to the historic centre of Lucca for the oldest flower festival in the city.

A special spring dress for Piazza San Frediano, Piazza Antelminelli, Piazza Scarpellini, Piazza Cittadella, Piazzale Verdi while azalea and rhododendron vases have been placed at the Pozzo di Santa Zita in Via Fontana, the monument to Maria Luisa di Borbone in Piazza Napoleone, a Porta dei Borghi, and on the festivals of the basilica of San Frediano, San Giovanni and San Cristoforo set up by the gardeners of the Botanical Garden, the nineteenth-century scientific garden of Lucca from which the plants of Piazza Scarpellini and part of those of the flowerbed of San Frediano come from.

In Piazza Anfiteatro, on the other hand, you can celebrate with the traditional flower and confectionery market exhibition and shops decorated with plants and flower boxes during the days of the fair.

In the streets the scent of flowers blends with that of the herb cakes, prepared in the houses.

Those with a sweet tooth can enjoy the herb cake, la torta d’erbi, the traditional cake of Santa Zita, so loved by the people of Lucca. A mixture of chard, stale bread, spices and cheese collected in a short pastry and decorated with traditional lozenges and characteristic "beaks".

New for the 2019 edition, in collaboration with Maria Pacini Fazzi Editore, will be the two guided tours scheduled for Saturday 27th, which will have as a common thread the places of the Saint: five points of the historic center linked to the life of the patron saint of Lucca, which will be told by the words of the mayor Alessandro Tambellini, Cicerone d'eccezione of the morning visit.
In the afternoon it will be possible to take part in a second guided tour.
At each of the 5 stations there will be students of the professional institute Pertini of Lucca who will donate to the visitors a daffodil, flower symbol of Santa Zita.