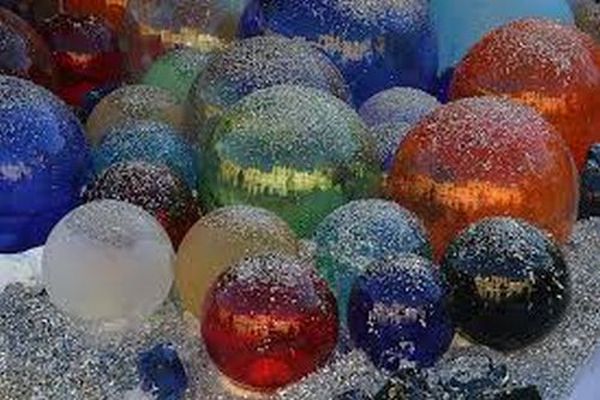 A cribs tour in Tuscany

Living, portable, painted, historical, traditional, mechanical, scenic, in caves, houses, churches, squares, houses, palaces... Many occasions and a lot of tradition to experience the Christmas atmosphere. The Italian tradition celebrates Christmas mainly with the sacred representation of the Nativity of Jesus and in Lucca, land of figurines and ingenious craftsmen, the scenes of the Nativity are found rich and many.

Within the City walls

In Lucca, is specially impressive the Dress Nativity of the '600 set up at the altar of the baroque church of Santa Maria Corteorlandini. Large statues of plaster and straw, papier-mâché, bisquuit. The most valuable have articulated bodies made of wood so as to assume variable poses and expressions that enhance with the drapery of the refined silk dresses of the tradition of Lucchese manufactures of the time, including one of the first examples of processing of velvet of the green mantle of one of the Magi.
The aristocratic characters of the crib date back to the end of 1600, the scenery that welcomes him makes it one of the most beautiful in Tuscany. Not to be missed, in the days leading up to Christmas, is also the display of the church's antependiums, with precious embroidery in gold and coral.

At the same time the church also houses a collection of "small portable cribs", the result of much passion and devotion made by citizens and collected by the choral group "Il baluardo" for this unique exhibition / competition. The church is open every day (except January 1) from 9:00 to 12:00 and from 16:00 to 18:00 in respect of religious services.

In the historic center of Lucca, in the Palazzo Mansi chapel where wooden and terracotta statues are painted with cotton and silk clothes in the circuit of  the Presepi in the Chapels and Palaces of the city and countryside.The Crib can be visited since december 11, thusday to saturday at 9:30 / 11:30 / 14:30 / 16:30

In the basement of the San Frediano platform of the Urban Walls, where the cannons of the Renaissance Artillery of the Hisotrica Lucense Association are kept, Fiat Pax! A small Nativity scene with large stautes of St. Joseph and the Madonna, and other figures. Ancient atmosphere scene around the group of the Nativity, based on the Renaissance decorations of vegetable festoons, fruits, fabrics, lanternsthat will be set up from Saturday, December 16, 2018 to Sunday, January 6, 2019.

Up on the hills

Even the small country churches in the surroundings of Lucca and on the hills are home to small and large traditional cribs. An opportunity to carve out a few hours of tranquility in the atmosphere of the countryside or for a visit to the villas and towns of Lucca. In Ciciana, a small village on the hills, not far from Villa Reale, from December 24 to January 7, the rooms next to the church host an historical poliscenic crib, a classic destination for a visit. A voice guides the viewer through the succession of scenes from the creation of the world to our days from dawn to dusk. Not far away, in San Pancrazio, this year is the tenth anniversary of the mechanical crib set up in the church of the village. Two nativity scenes with attention to detail, two classic nativity scenes that show the birth of Jesus like a theatrical stage.

Historical cribs also in the Capelle di Palazzi of the city and in the countryside. The circuit that invites visitors to visit the historical cribs of the Piana and the hills of Lucca includes 5 sets in the chapels of Villa Mansi, Villa Gambaro and Villa Torrigiani which hosts, on December 30th at 3 pm, the Christmas Carols of the Schola Cantorum of Saione and the choir Giacomo Pucini of Camigliano. In Montecarlo the crib is set up in the Renaissance Fortress of Cerruglio. In the historic center of Lucca, the set is in the Palazzo Mansi chapel where statues of wood and terracotta are dressed with clothes made of cotton and silk. The cribs can be visited on weekends from 8 December to 13 January.

In Porcari, at the Palazzo di Vetro, from December 2 to January 20 It's been Extraordinary is the exhibition that tells young Jesus life in the dioramas. An exhibition of great artistic interest with fine works of origin and various authors, terracotta sculptures by Paola Del Carlo.

The longest crib route in Italy which moves more than one million visitors to Tuscany and the surrounding regions also passes through Lucca. More than a hundred cities in the network with 'Terre di presepi' (land of cribs), which realize artistic, living, walks and exhibitions on their territory, an opportunity to visit mountain and hill villages in the warm Christmas dress and natural landscapes of remarkable value. We highlight some not to be missed. The complete program is on the website www.terredipresepi.it

Going up the Serchio Valley between the Apennines and the Apuan Alps, Pescaglia is the first destination. The traditional cribs in the "marginette" are the path of A great joy, which from the parish church crosses the village and leads to the Sanctuary of the Madonna delle Solca along a path between chestnut trees and streams. Not far away, in the Tana che Urla, a well-known karst fracture of the southern Apuan Alps, the local speleological group has set up an evocative Crib in the Cave since 1994. From the ancient Galgani ironworks (from 1794, still active), to Piè Lucese, the "le Campore" naturalistic path begins in the woods, (about 600 meters) and ends at the entrance to the Grotta where volunteers welcome visitors. At night the path is enlightened.

Coreglia Antelminelli, a small medieval village in the Apennines is a visit recommended to those who want to know the history of those "figurines" that adorn the nativity scene. The Gesso Figurine Museum is a journey through the history and memory of a craft which, at the end of the eighteenth century, introduced Garfagnana and the crib throughout the world. With a little luck you will find the master "figurinaio" at work with some angel or even with the holy baby, in the workshop set up in the rooms.

Over 30 works in the church of San Giuseppe make up the Pieve Fosciana Crib. Next to the historical mechanical crib of 1973, an exhibition of dioramas tells the moments of the childhood of baby Jesus. In Pontecosi, the crib is in the small church of San Magno on the shores of the lake.

The construction of the Crib of Castelnuovo Garfagnana begins at the beginning of December and is inaugurated during the function of the blessing of the baby Jesus to be placed in the nativity scenes at 3:00 pm on December 23rd. The nativity scene celebrates the mountain landscape with sources of running water and plays of lights that simulate the course of the sun.

And finally in Castiglione di Garfagnana, one of the most beautiful fortified villages in Italy, the visit to the country can be concluded with the visit of the large Artistic Crib, with attention to detail, set up in the church of San Michele and in the adjacent streets.

unmissable events in Valle del Serchio, in the plain of Lucca and in Versilia.

At the castle of Ghivizzano on the evening of December 15th from 18:00 in the village relives the magic of the birth of Jesus. The village comes alive with shops of ancient crafts, artisan shops, inns and taverns, and hundreds of people. Waiting for the arrival of the Holy Family, which will cross the village until you reach the hut set up at the Tower of Castruccio, you can taste excellent local products, just as tradition dictates.

A particularly rich edition also of the historic Living Nativity of Barga, on the evening of Christmas Eve, 23 December, starting at 8.00 pm. From 22:00 the procession that accompanies the Holy Family goes up the steep streets of the village until you reach the monumental Cathedral where the Nativity will be announced by a bright "comet star" and the sound of the bells.

Double date on December 26th, the day of Santo Stefano where in Ruota (Capannori) the town of Compitese on the Lucca side of Monte Serra, starting from 13.30, the Living Nativity adds to the street of the cribs in the village. During the day you can visit the shops and medieval taverns, where the figures are crowded, among which it is not difficult to meet also Maria and Giuseppe. In the late afternoon in the illuminated village of torches, the Nativity scene is born. In Nocchi (Camaiore), instead, the Living Nativity is a dive into the past. From 14:00 to 20:00 in the streets and alleys of the ancient village built on the Via Francigenain relive the crafts, customs and habits of the first half of the twentieth century.

In short, going for nativity scenes on Christmas days is an opportunity to enter the Christmas climate alive by rediscovering the relationship with nature and many villages and landscapes with a winter flavor.