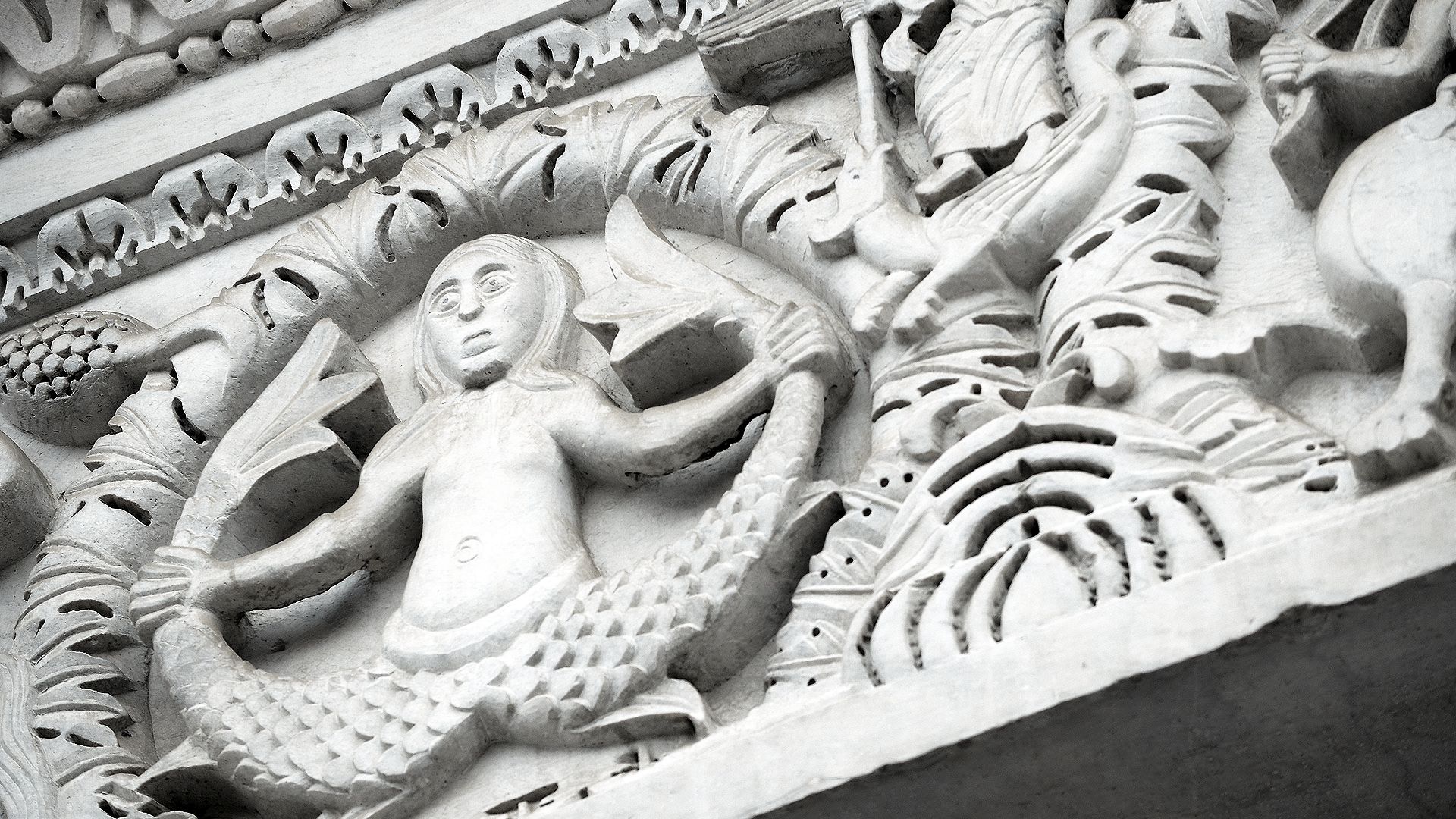 Fantastic beasts and where to find them in Lucca

"Whales, pistrics, dolphins, killer whales and other monsters of the ocean and our sea, whichever (monster) you have oh Nile, whichever the wonderful Ganges counts, this only beast gives testimony to you. The opening of the mouth and the rib show the vastness of the remaining body. The Tuscan sea threw it on the Lido of Lucca in the year of health 1495. "
Nicolao Tegrimi

The hunt for fantastic animals began in Lucca a long time ago ... and it's not over yet. Sara Paoletti * from the "Lucca Info & Guide" Association tells us more about it.

Vegetarians, vegans and animal friends in general can relax: we are talking about hunt only in a figurative sense. Imagine it more like an exciting treasure hunt through the amazing city of Lucca.

The facades of the main churches of Lucca, for the most part in the Romanesque style typical of Pisa and Lucca, are characterized by an exorbitant amount of zoomorphic decorations, which follow one another as if they were finely embroidered on an elaborate precious fabric.

These sculptural decorations represent animals that  correspond to an existing fauna in real life, or to fantasy beasts that we usually can find in everybody's imagination, mostly from the fairy tales we know from our childhood. Animals in medieval culture and bestiaries

In front of a church we expect to find saints, blessed figures, popes and biblical characters, rather than animals. So why animals ?!

The fact is that each of those sculpted animals had a story to tell and a message to give to the faithful. All creation is the fruit of God, therefore nature brings divine messages to the humanity. In this sense, the animal world is a book written by the Almighty and those who will learn from it, will understand how a good Christian should behave. Medieval bestiaries provided the answer to this interpretative need of nature.

But what are bestiaries ?!

They are real, almost encyclopedic treatises, in which real and imaginary animals were described, by focusing on their symbolic interpretation, without any scientific value. Indeed, some of the descriptions seem to be quite absurd nowadays and often make us smile!

This is the fascination of the Middle Ages: we have lost the traces of its system of symbols which, however, is still present, in a latent and unconscious way, in our cultural substratum.

Let's get to the point

Among the many different animals represented in Lucca, three legendary and mythological ones have been selected for our guided tour "Hunting for fantastic animals in Lucca" you can join in if you are interested in this argument. Half woman and half fish, the particular two-tailed siren has, in fact, two tails. We find a representation of it on the architrave of the central portal of the San Michele in foro church, but there are many others in the city center and outside. Keep your eyes peeled and you will find many more than you expect.

In mythology, the mermaid enchants passing sailors singing with her sweet voice, leading them to drift. Therefore, in the Christian interpretation, she is a tempting woman who distracts men from the right path: she is therefore synonymous with sin and perdition in earthly pleasures. Originally, the two-tailed fish-woman relates the female world to that of nature, specifically, to the element of water, which has always been considered the cradle of life, showing the generating power of Mother Earth: fertility.

The mermaids, moreover, not only know how to swim, but also how to fly ... but that's another story to be told personally during the tour! Half eagle and half lion, this creature is a hypothetical mix between a male eagle and a lioness. Both the eagle, Queen of the air, and the lion, King of the land animals, are two key animals of the bestiaries: both represent Christ and divine power. The griffin, partaker of both natures, leonine and aquiline, traces the dual nature of Christ, who is God (king of Heaven), made man (king of the Earth). For this reason the griffin, who takes the best of both, enjoys the reputation of being invincible and is placed to guard incredible treasures.

Even Marco Polo and, shortly thereafter, also Sir John Mandeville (two well-known travelers who lived between the 12th and 14th centuries, the first from Venice, the second from England), claim to have sighted a griffin on one of their many trips to the East.

You can spot a griffin on the decorations of the facade of the Santa Maria Forisportam church and on the portico of the Cathedral of San Martino, but also on top of the church of San Frediano.

Despite being a mythological figure, the griffin's claws were highly sought after: the reason? Come and find out. It is the most polymorphic and composite animal of all the medieval bestiary: at times it is represented with the body of a horse, the head of a deer and the feet of an elephant; at times with a goat head, the body of a deer and horse legs; sometimes it looks more like a small kid. Nobody knows how it really looks like: we only are certain that it has a long horn in the middle of its forehead.

When attacked, it reacts fiercely and brutally. The only way to catch it is to use a young virgin as bait. In fact, the unicorn smells its purity and will put its head on the girl's lap, falling asleep helpless: at that point the hunter can proceed with the capture.

This exotic wonder was sought after by princes and kings all over the world, because they believed that from its horn, the Indians could make cups capable of purifying poisoned liquids. This was a very useful tool at the time,because of frequent conspiracies against the rulers, who feared being killed with a cup of wine full of poison.

Such was the importance of the unicorn's horn, that twisted horns have been found preserved among the treasures of churches, abbeys and "rooms of wonders" of fearless travelers. Therefore, these tangible evidence would seem to suggest the existence of the legendary unicorn ... but, did it really exist ?!

Well, yes, in Lucca you could meet the legendary unicorn!
But where? You have to find out for yourself, but here is a clue: don't look for it on church facades, but inside a museum.

Discover this and many other stories about the animals of the medieval Lucca bestiary by participating in our guided tours. Next on August 16, 23 and 30.