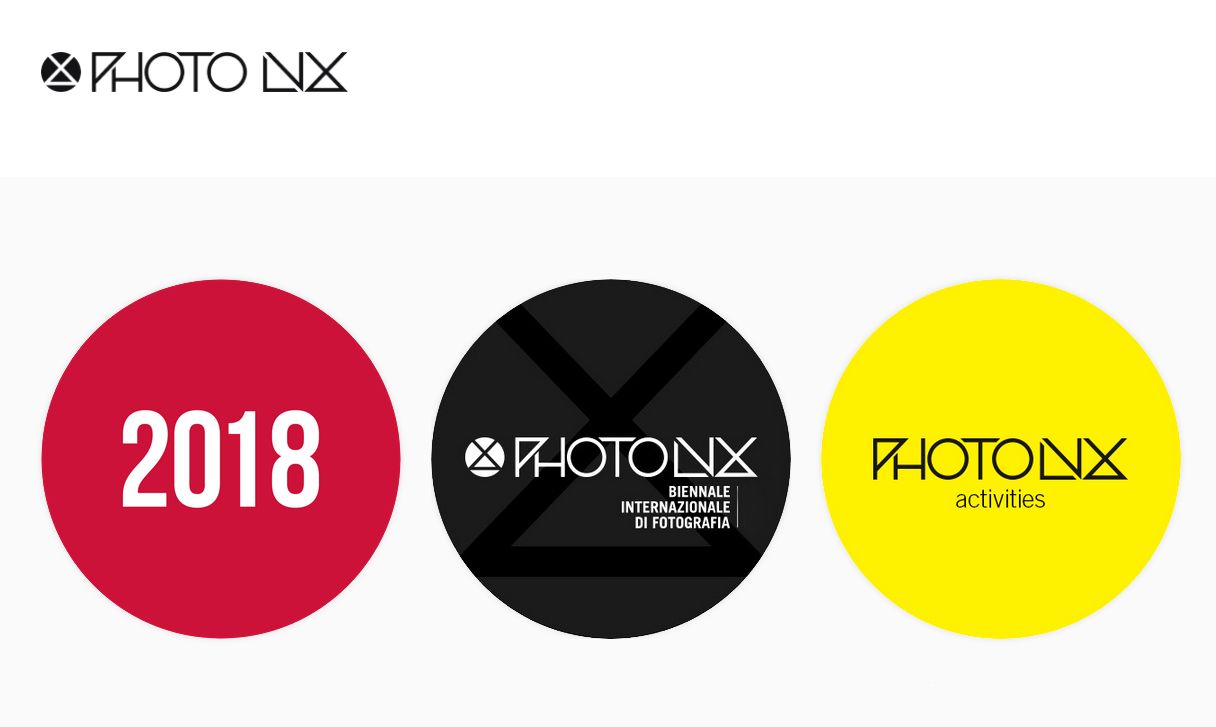 Waiting for the biennial to return in 2019, Photolux offers us a very respectable 2018 edition. The festival dedicated to the eighth art will host in its reduced version works by internationally renowned artists, competitions, workshops, portfolio readings and talks open to all. As usual, will be exhibited, among others, the winning photos of the 2018 editions of the "World Press Photo" and the "Leica Oskar Barnack Award", two of the most prestigious photographic awards in the world. In addition to the exhibitions, there will also be moments for training, with workshops (in collaboration with Canon Academy) and portfolio readings with international experts, and for in-depth analysis, with conversations dedicated to photography and, in particular, to authors. Two exhibition venues for this edition to be held from 18 November to 9 December: the monumental rooms of Palazzo Ducale and the Chiesa dei Servi.

Lucca, and Photolux in particular, was confirmed for the 14th consecutive year among the exhibition venues of the  "World Press Photo", the award dedicated to the most prestigious photojournalism in the world. For this year's edition, more than 73,000 photos were submitted by more than 4500 photographers representing 125 different countries to the international jury. The Venezuelan Ronaldo Schemidt of the France Presse Agency wins the first prize, as a photo of the year, with the shot depicting a boy fleeing, wrapped in flames, during an event in May 2017 against President Nicolás Maduro , in Caracas. Among the awarded photographers, also five Italians: Giulio Di Sturco, Luca Locatelli, Alessio Mamo, Francesco Pistilli and Fausto Podavini. Their shots, along with many others, will all be on display at the Palazzo Ducale.

On the other hand, the Church of the Servants will host the exhibition which will show the winning and finalist photos of the "Leica Oskar Barnack Award 2018". This is an award reserved for professional photographers who, with their objective, have managed to capture and express the relationship between man and the environment. The winner of this year is the Belgian Max Pinckers with the series of shots entitled "Red Ink", dedicated to a reportage that the photographer has made for the New Yorker on anti-American propaganda in North Korea. In addition to his photographs, you can admire the shots of Mary Gelman, winner in the "Newcomer" category and the 10 finalists of the award: Ernesto Benavides, Vanja Bucan, Turi Calafato, Daniel Chatard, Stephen Dock, Samuel Gratacap, Sthéphane Lavoué, Elsa Stubbe , Christian Werner, Kechun Zhang.

"Tokyo Tsukiji" showcases photos of Nicola Tanzini, who for the last two years has wandered around Tokyo, dwelling on Tsukiji, the largest fish market in the world, now dismantled waiting to find a new location.

In "Fantasia", the young Italian-Moroccan photographer Karim El Maktafi portrays an ancient Moroccan tradition telling it with a contemporary look: it is "Fantasia", also known as the black powder game or "Tbourida", a traditional Moroccan sport and sumptuous exhibition that celebrates the union between man and his horse. The exhibition is organized by the young collective Kublaiklan.

With "After the flood", Joakim Kocjancic showcases, for the first time, the communities of Cardoso and the surrounding areas, hit hard by the 1996 floods, rediscovered 20 years after the disaster and perhaps become, over time, more aware of the risks still present. The photographs give us a sense of timeless place or perhaps of a time suspended between this and the other century. It is certainly the first work on the 1996 flood without images of destruction and reconstruction. There are no stories of those days, but the memory finally lifted many years later.

Created in collaboration with Neapolis.Art, with the support of Canon Italia, "Scatta la notizia" is a social responsibility initiative that sees its second edition this year. The protagonists are some students between 14 and 18 years of the institute Francesco Morano di Caivano (Naples). The boys had the opportunity to document the environment in which they live and tell, through the lens, beauty and defects of their surroundings.

"Simultaneous, faces of the contemporary" is finally a competition open to all, professionals and amateurs, dedicated to the culture of the image, conceived and promoted by Rufus Photo Hub and FPmag with the support of Fotofabbrica and Photolux. The 23 shots of the winning photographer will be exhibited during Photolux 2018.

Workshops and portfolio readings begin on November 24th and 25th. with Guia Besana and his "Staged Photography & Fiction", during which the participants will explore the different declinations of the photographic "mise en scene". "Personal Stories", scheduled for December 1st and 2nd, will see Carla Kogelman working to explain how to create and tell her stories through photography. In the same days Simona Ghizzoni will hold "Documentary portraiture", dedicated in particular to the use of portrait in documentary photography. The event continues on December 8 and 9 with the couple Paolo Verzone and Azzurra Immediato, teachers of "Cabinet Fantastique: light applied to the portrait and aesthetics of photographic illusion". In the same weekend, the series of workshops Francesco Pistilli closes with "Instagram and social media for visual-storytellers". The course will focus on all the requirements necessary to compete in the market of photography and visual communication for social networks.

On the weekend of November 24th and 25th there will also be space for le letture portfolio, coordinate da Bruno Cattani and organized in collaboration with the San Zenone Photography Space in Reggio Emilia. Fifteen experts involved and two important new collaborations, with "Amica.it" and with the "Luz del Norte" of Mexico City, which will reward the two best portfolios exhibited during the two days.

Talk. Two weekends dedicated to conversations on photography, which will be held in the auditorium of San Micheletto on November 24th and 25th and December 8th and 9th. As usual, book presentations and insights with the authors. Among others, there will be Gianni Berengo Gardin, Nicola Tanzini, Martino Marangoni, Marcel Fortini and also young talents like Tomaso Clavarino and Ilaria Di Biagio + Pietro Vertamy.

It will be possible to visit the exhibitions every day from 10:00 to 19.30. The full ticket to access all exhibitions costs 12 euros, reduced to 10 euros for under 18, groups of at least 10 people and visitors to the Desco. For the access to the Doge's Palace only, the cost is 10 euros while for the Church of the Servants of 5. Reduced to 5 euros for all students of primary and secondary schools.