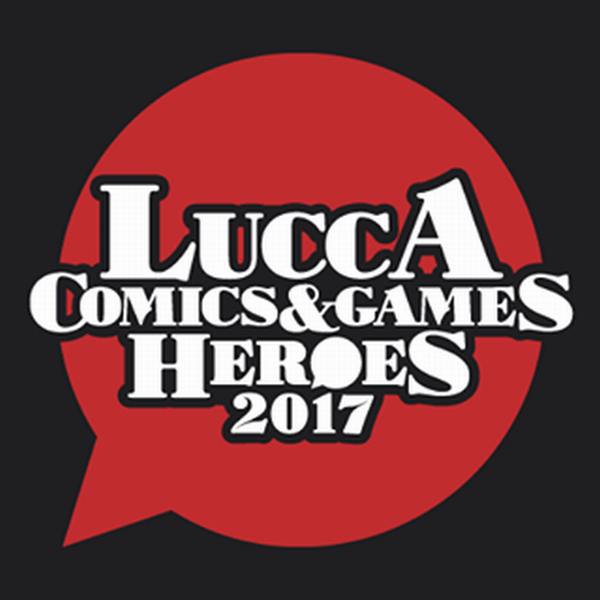 The second half century of the Festival opens with the "manifesto" of the values ​​shared with the audience. New guests announced in the Activision Square, (Santa Maria Square). It will be dedicated to the Heroes of paper, pixel, celluloid, but above all in flesh and bone heroes who travel to create each year the largest community event in Europe.

Such a large and colorful universe is based on common values ​​collected and shared by all those who, in a variety of ways, participate or "undergo" have enjoyed the event.

Five values ​​that make Lucca Comics & Games a unique and ever-new journey, a challenging but inescapable adventure, a moment of encounter and participation, and are the ideal completion of the 2017 claim, "Heroes", the identity manifesto of our universe and its enthusiasts. For a hero, to be such, he travels to the adventure, even though he does not feel ready, even if he is afraid. Through the trials he will face will be helped by his old friends, he will know new ones, and will return transformed.
In Lucca, every year, just that.

Community. Lucca Comics & Games is a time for public participation, which becomes the protagonist and not just a spectator. The event is made by fans who make it unique in the world, who live in the first person the favorite author's dream, and create their own: an appointment, a meeting, a new storytelling. So ... #aLuccaPartecipiamo.

Inclusion. The event is for everyone, it does not want to exclude anyone, because everyone can reveal a secret or let us know other heroes: #aLuccaAccettiamo we are all different from each other, cartoon enthusiasts open to gamers, cosplayers welcome readers, fantasy experts open to fans of zombies and vampires, the otaku to the lovers of Far West. Diversity is the most beautiful part of the adventure.

Discovery. Knowing new worlds, crossing the border like any traveler. Lucca comes to celebrate the passion for his own world, but also to discover one who was unaware of his existence. With comics, books or video games, in Lucca we go beyond our preferences, every year we celebrate a festival area that has never been visited. It grows even so.

Respect. To be appreciated and appreciate: #aLuccaRispettiamo, but above all - like the real heroes - we love the land we set along the way: our audience understands the cultural value of the monumental places of the city, lives them deeply because they are the ideal stage to be protagonists, protects them and leaves them intact for those who will come later.

Gratitude. To offer other visitors their talents, to the guests their passion and gratitude, to all its energy: it is a good thing to care for how - like heroes - we assemble our armor, the dedication with which we face a long journey or a long wait, and the sincerity with which #aLuccaRingraziamo, before a dedication or answer to a question, the authors we love. And they thank the enthusiasts who celebrate them in Lucca's magical scenery.

Lucca Comics & Games is based on these shared values. That is why we all wait, with open arms: paraphrasing the great David Bowie together we can be heroes, even for just 5 days!

Igort: Romance stories: An exhibition to reveal the thousand faces of this eclectic award-winning artist

Raina Telgemeier: from the extraordinary viewpoint of teenagers. In the United States for years it is a true editorial case, acknowledged with 2 Eisner Award, one of the most important authors of contemporary comics

Taiyo Matsumoto: Love is all you need An exhibition to trace the whole career of this mangaka "out of the choir".

Siri in the Arctic Circle shows his travel journal with friends Lorro and Nik.

Naturally cartoon: the elegance and dynamism of the narrative by Federico Bertolucci The author's exhibition path between emotions and suggestions.

Guests from all over the world will come to Lucca Comics and Games.

Fantasy illustrator Michael Whelan, poster author of this edition and one of the greatest fantasy artists (first living painter honored in Seattle Science Fiction Hall of Fame, along with personalities such as Steven Spielberg and Ursula Le Guin); the comic bookmaker Raina Telgemeier, author of the autobiographical graphic novels "Smile" (for more than 4 consecutive years in the bestseller of the New York Times and winner of the 2011 Eisner Award for Best Publication for Teens) and "Sisters"; the writer Timothy Zahn, one of the leading American writers of the Star Wars saga on the fortieth anniversary of the first film of the series, and author of "Terminator Salvation". Igort, the art name of Igor Tuveri, is an artist's multifaceted personality.

Prolific author of award-winning graphic novel, illustrator and publisher, he is also author of short stories, novels and music, as well as the first western to draw a manga in Japan, a recognized master of graphic novel and journalism. Igort after the critical success of the Vertigo The Other Side miniseries, Jason Aaron gets the plaudits of readers with the regular Scalped series, published by the same publishing house and soon a TV series. Signed an exclusive contract with Marvel, he will be the one-shot writer Marvel Legacy, which will revive the Marvel universe. Roberto Fraga, born in La Coruña (Spain) but who has always lived in France, is one of the most personal European playmakers, with over 35 titles in 15 years of activity and numerous awards. From "Captain Sonar", to the latest highly anticipated "Shrimp" Fraga's inventive seems to have no setbacks. Victoria Francés, born in Valencia and raised in Galicia, has become famous all over the world since her first illustrated book, "Favole", published in Italy by Lizard who will host it at the festival. Arianna Papini has been an editorial and artistic director of the Fatatrac publishing company for 25 years, and she also has the graphic design. Each year he holds numerous narration, art and illustration courses at national and international schools, including Ursuline Island and the International School of Illustration of Sàrmede.

Lucca always wants to welcome the event: every year the event is always expected in new areas of the center, with its audience, its colors, its opportunities.

This year the expansion director is to the north-east, to complete a package of suggestive and high potential locations. One of the most important novelties of 2017 is therefore the release of Activision, one of the world's major videogaming companies. And it will be a landing in great, great style, because it will animate Piazza Santa Maria, a crucial area for expanding the event on the territory of the city. This is how the Lucca Comics & Games video game sector is strengthened with a very top player, and the novelties will not end here.

Japan Town celebrates the ten years of passion for the Sol Levante with consolidation and expansion in St. Peter Somaldi Square. The public anxiously waits for what Japan does and the event meets these warm demands.

Ticket sales began on Tuesday, July 4 and almost 3,000 tickets were sold in the first 48 hours. Who needs one pcan buy it online on the official website of the event

Updates on the official www.luccacomicsandgames.com