Giacomo Puccini, as everyone knows, was a lover of cars and motors, but the cycle track that connects the Serchio valley, his family's native land, to Versilia, where he lived in his last years, passing through Lucca, where he was born, could be dedicated to no one else better than him. 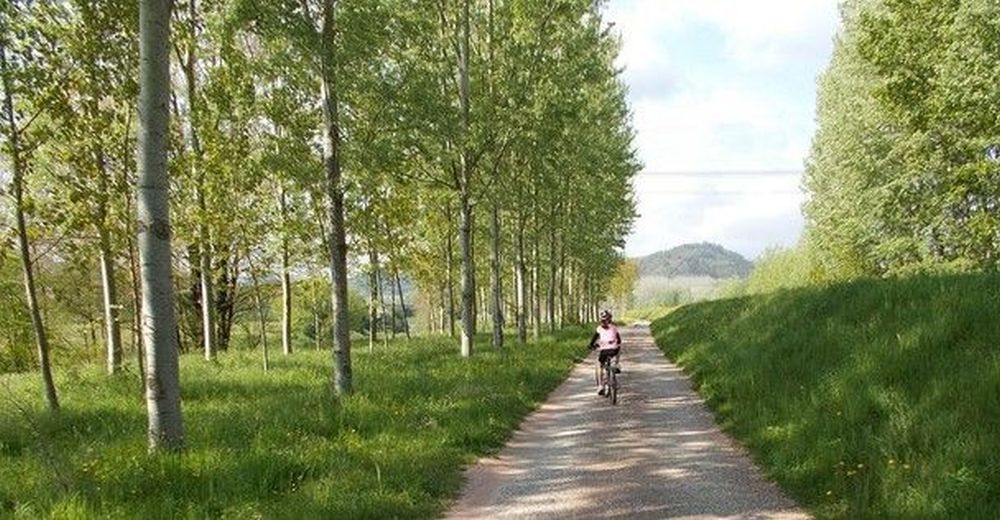 In fact, the cycle track touches all the places of the Maestro's life, from the woods of the Serchio valley, where the ancestors' house is located in Celle Puccini, to the walled city of Lucca where he was born in the court house of San Lorenzo, to lake Massaciuccoli and to Versilia where he lived in the last part of his life, dedicated to music and his favourite pastimes with friends: cars and hunting.

From Ponte a Moriano, a few kilometers north of Lucca, the path runs along the Serchio river for about 40 kilometers.

At Ponte San Quirico, the cycle track joins the path of the Serchio River Park up to Ponte San Pietro in the section of Nave.

From there along the track on the left bank of the Serchio river you reach Ripafratta, in the shadow of the ruins of the San Paolino fortress.

The route continues, on the other side of the bridge towards Filettole, on via di Radicata and, passing in front of the former quarry on via dei Salcetti on the dirt road of Costanza, you follow the stretch that arrives at the bridge over Fossa Nuova to reach the Massaciuccoli Lake, exactly at the height of the small port in front of the LIPU headquarters.

The route, starting from the entrance to the Serchio valley, under the peaks of the Apuan Alps and the Apennines, thus enters the Lucca countryside between rows of poplars, farmhouses and cultivated fields until it reaches the Massaciuccoli reclamation area and the lake, which was the Maestro’s heart’s resting place.

From the LIPU oasis, a few kilometers of footbridges will lead you through sedges and reeds, until you reach the pond where, in autumn, many migrant birds make a stop.