Domus Romana - House of the Child on a Dolphin 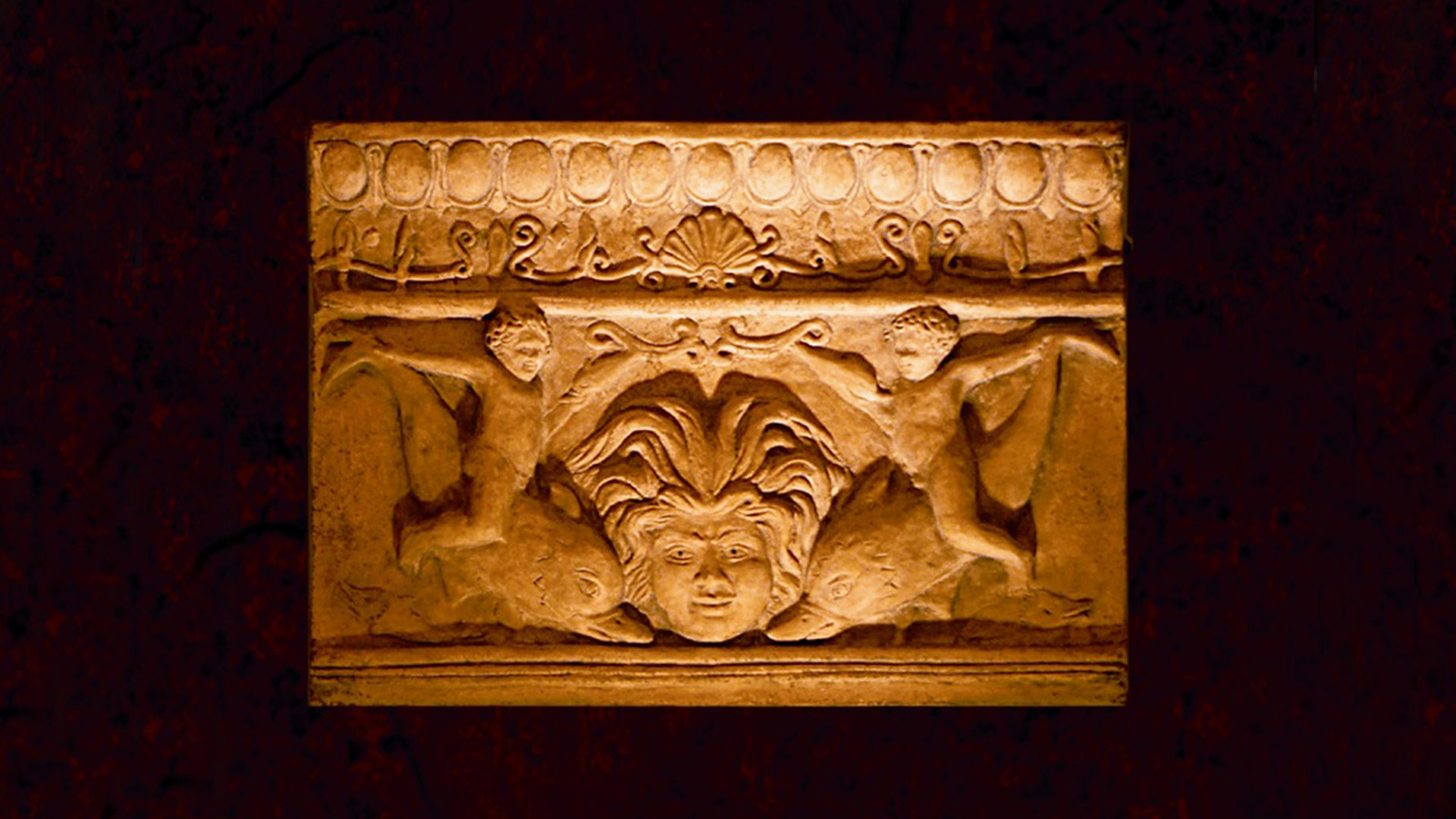 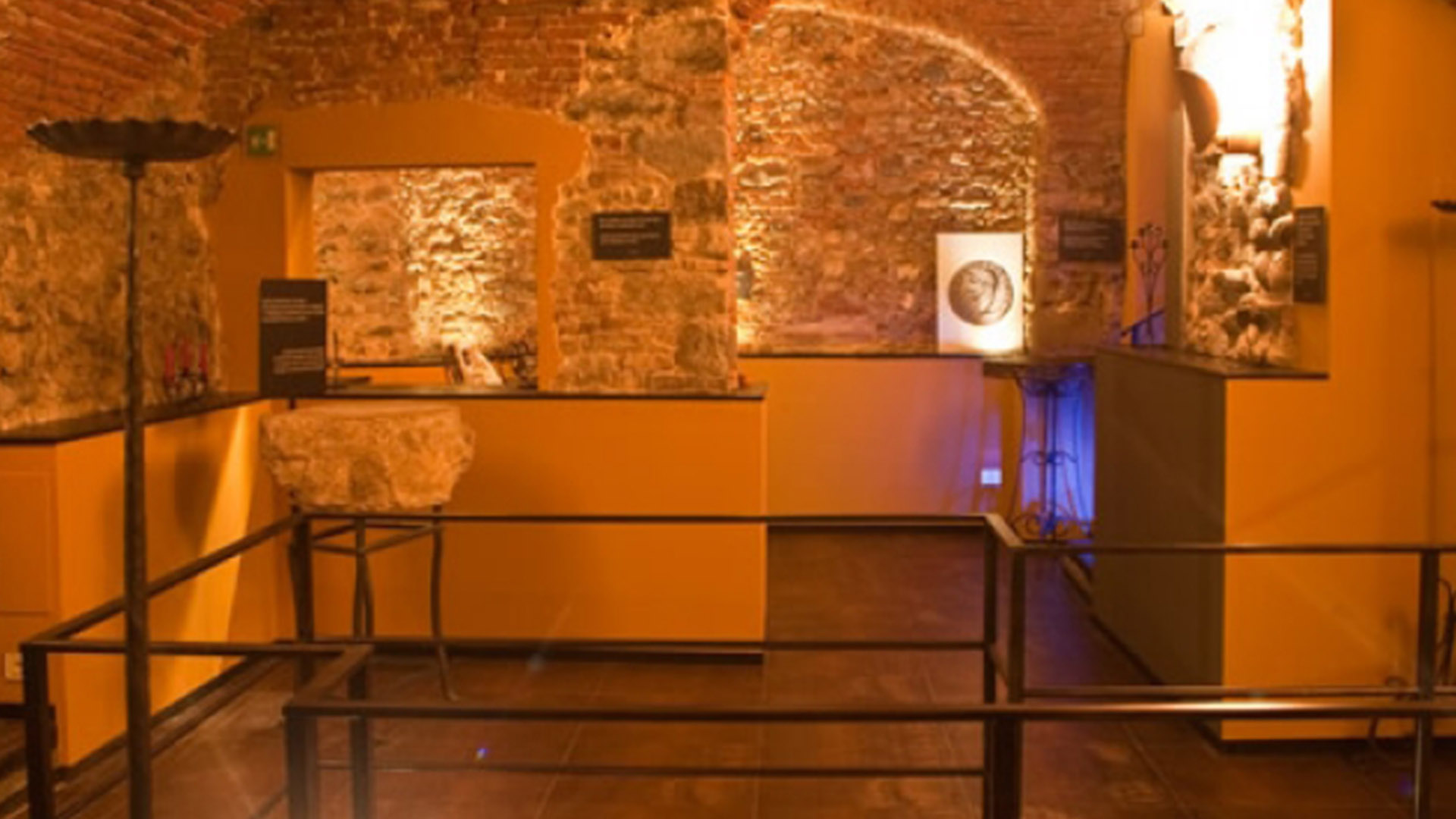 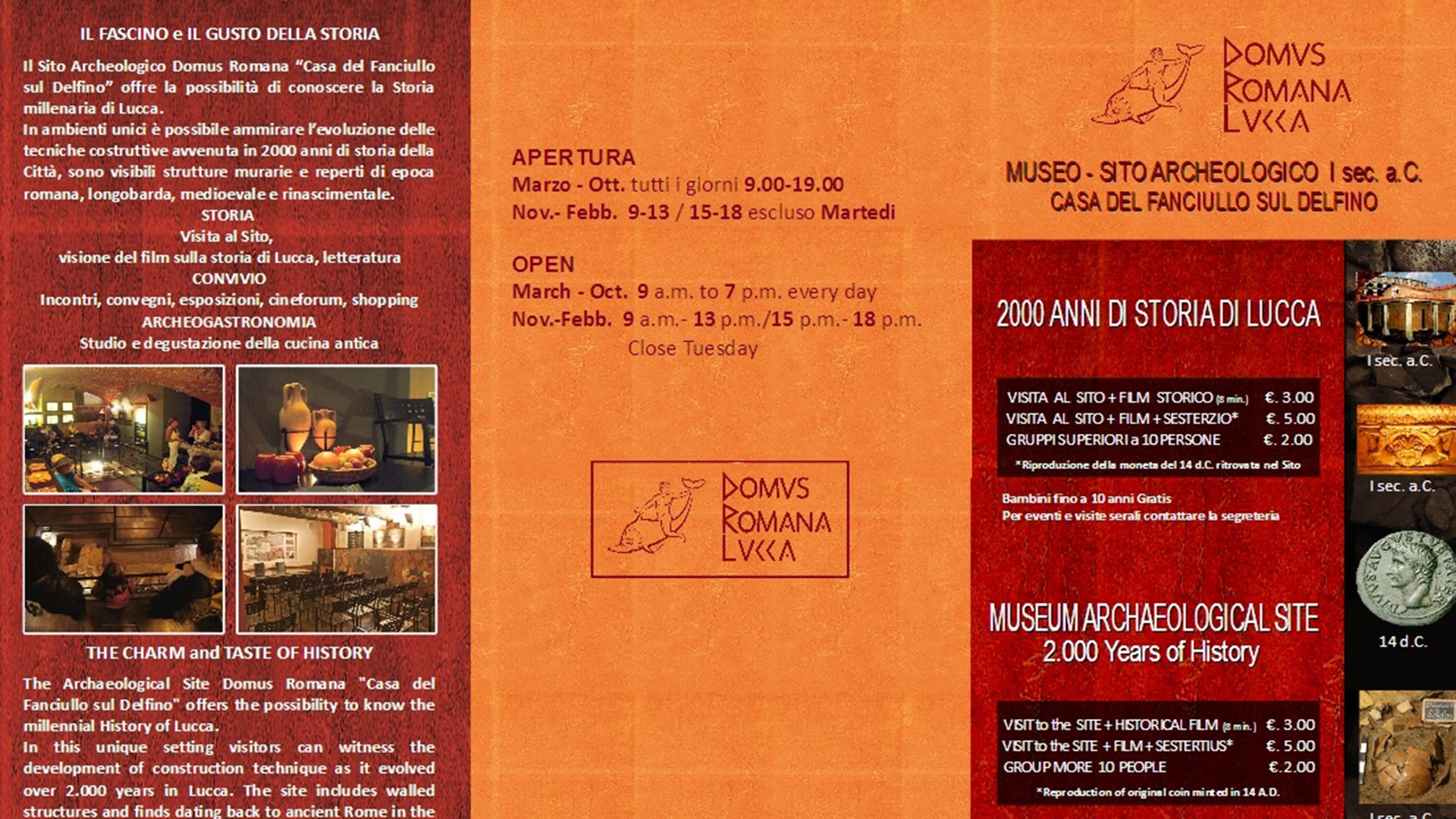 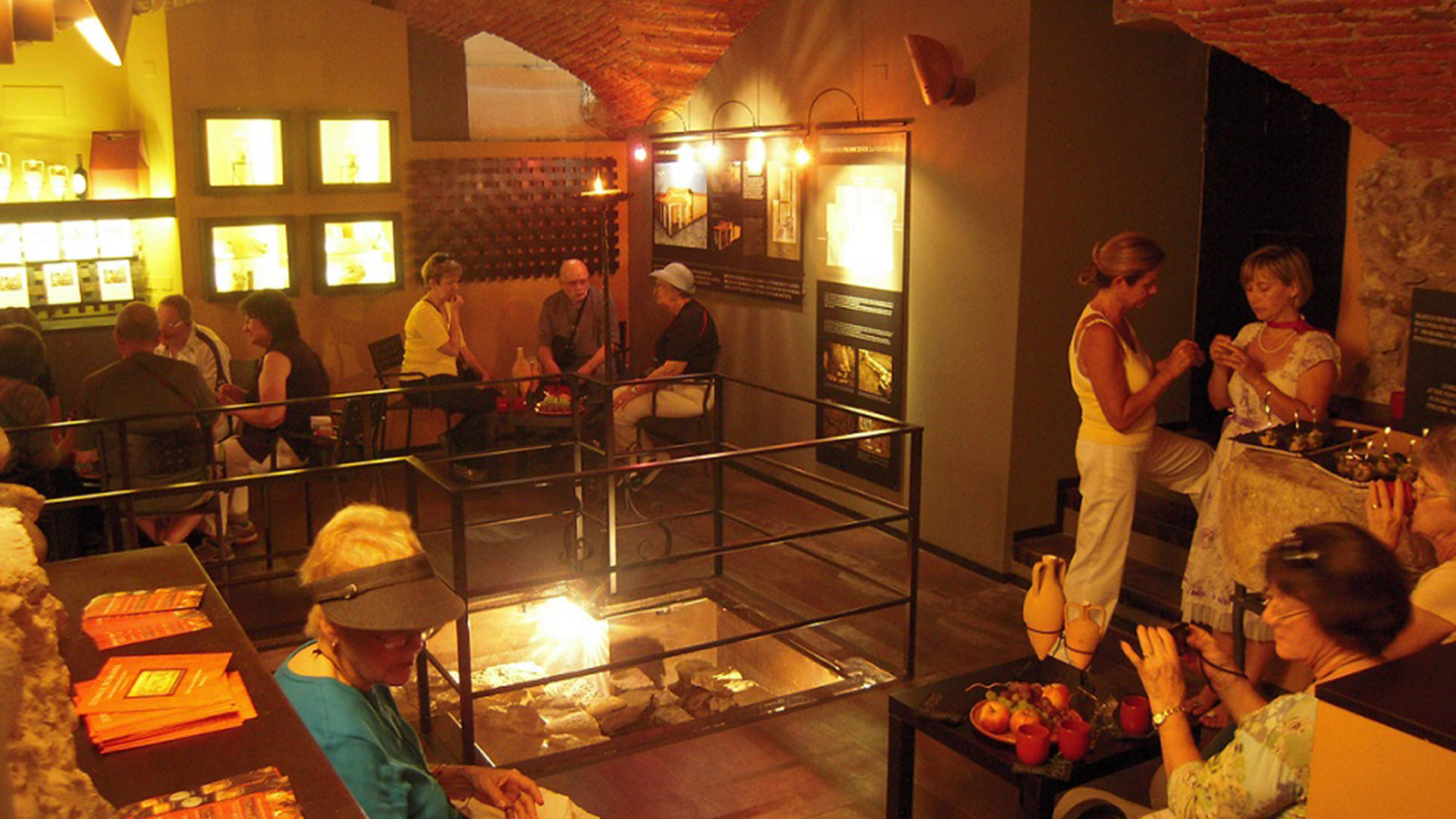 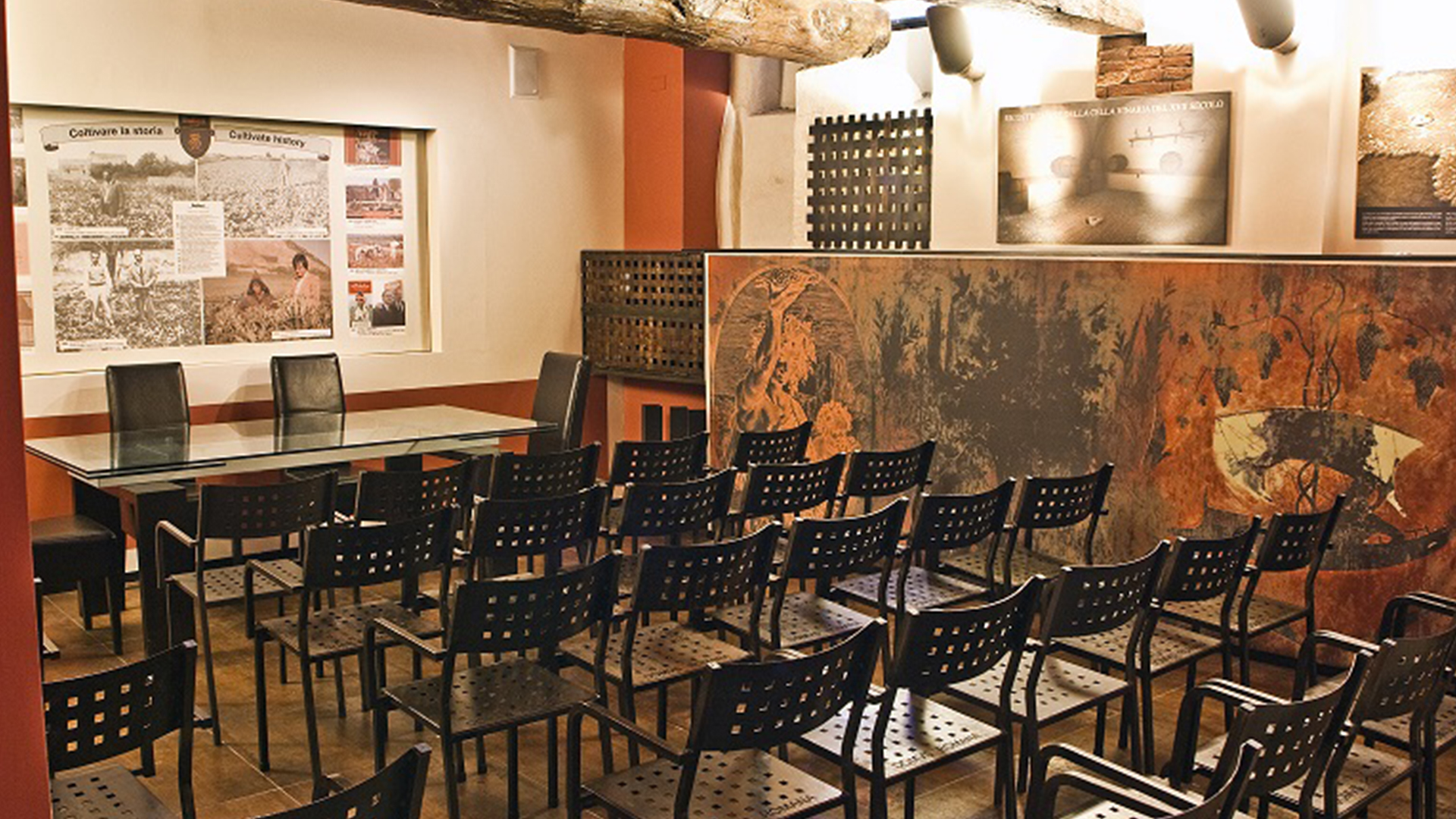 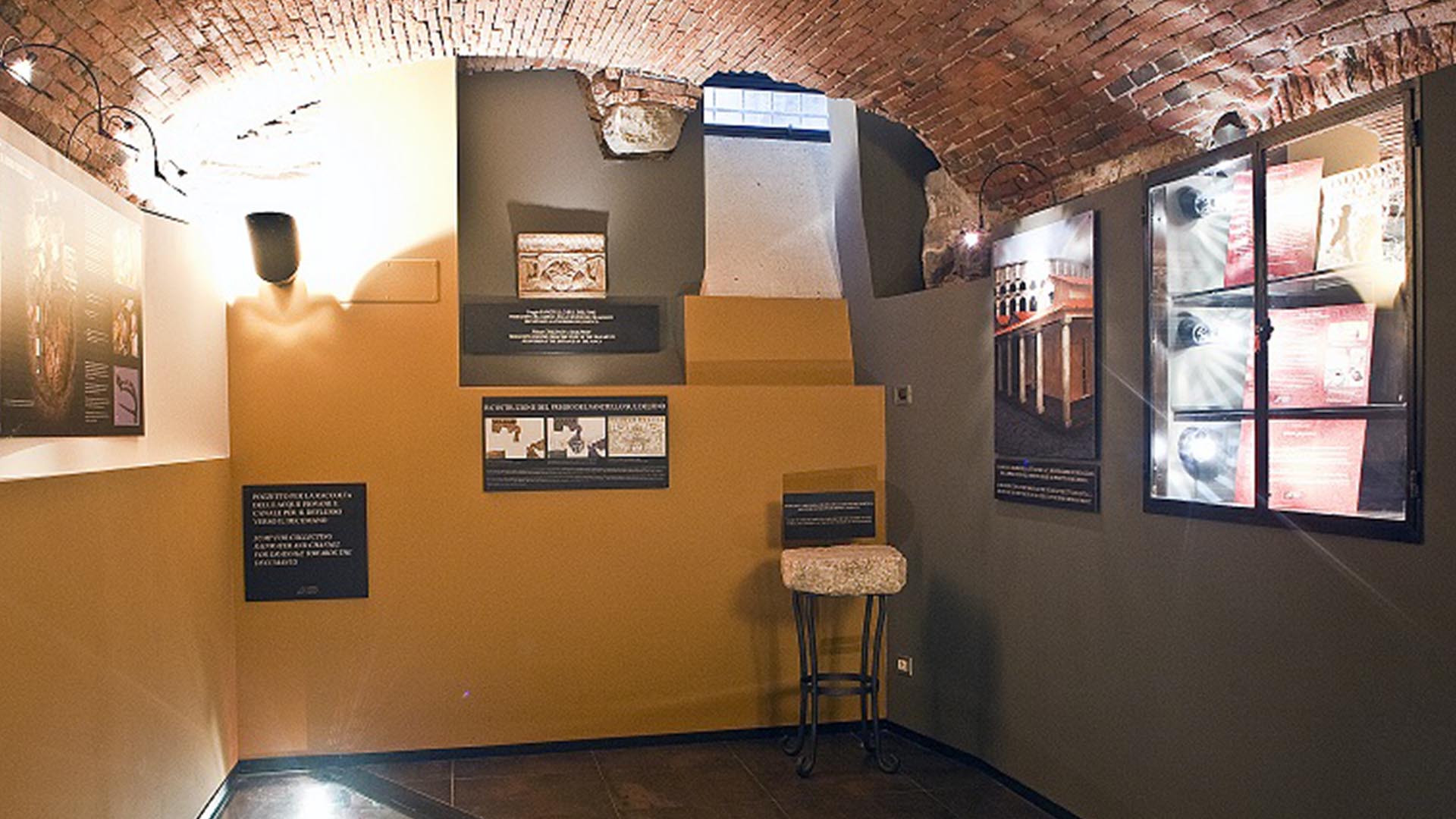 During the 2010 renovations of the basements of Palazzo Orsucci (16th century) in the centre of Lucca, the remains of the Roman house "House of the Child on a Dolphin" came to light.

The Superintendence for Cultural Heritage of Tuscany believes this site to be an important archaeological discovery, of considerable interest to understand the history of the city. Through only one room, you can discover the evolution of construction techniques over 2000 years. There are artefacts and structures from the first century BC to the Middle Ages and the Renaissance, decorated with friezes and objects of the time.

A clay cooking pot has been excavated, containing a fibula from the Augustan Age: it was a typical means to invoke protection and prosperity. In the same place, a sestertius issued by the Emperor Tiberius in 14 AD in honour of his adoptive father Augusts has been found.

Among the most significant findings stands out a fragment of a terracotta frieze that decorated the lobby of the porch. By comparison with specimens found in Rome, it was possible to reconstruct the decorative motif: two victorious children riding dolphins towards the head of a Gorgon. Metaphorically, the frieze, from which the Domus took its name, represents "the triumph of good over evil".

In classical mythology, in fact, the dolphins are divine creatures that protect men and ferry mortal souls to the afterlife, while the Gorgon represents evil and cherubs are the angelic expression of the good.

A Taste of History

In an exclusive and welcoming location, the Roman domus offers the opportunity to know the history of Lucca and to live fascinating moments.

Enclosed by Roman walls and Renaissance times, amphorae and jewellery, film screenings, themed shopping at the Vetrina Antica, you can taste the fascinating history of the town and the delights of its culture.