Not only sea in Versilia. Beyond the beach, the promenade in Viareggio is also a walk through Art Nouveau architecture and the culture of the early 20th century. 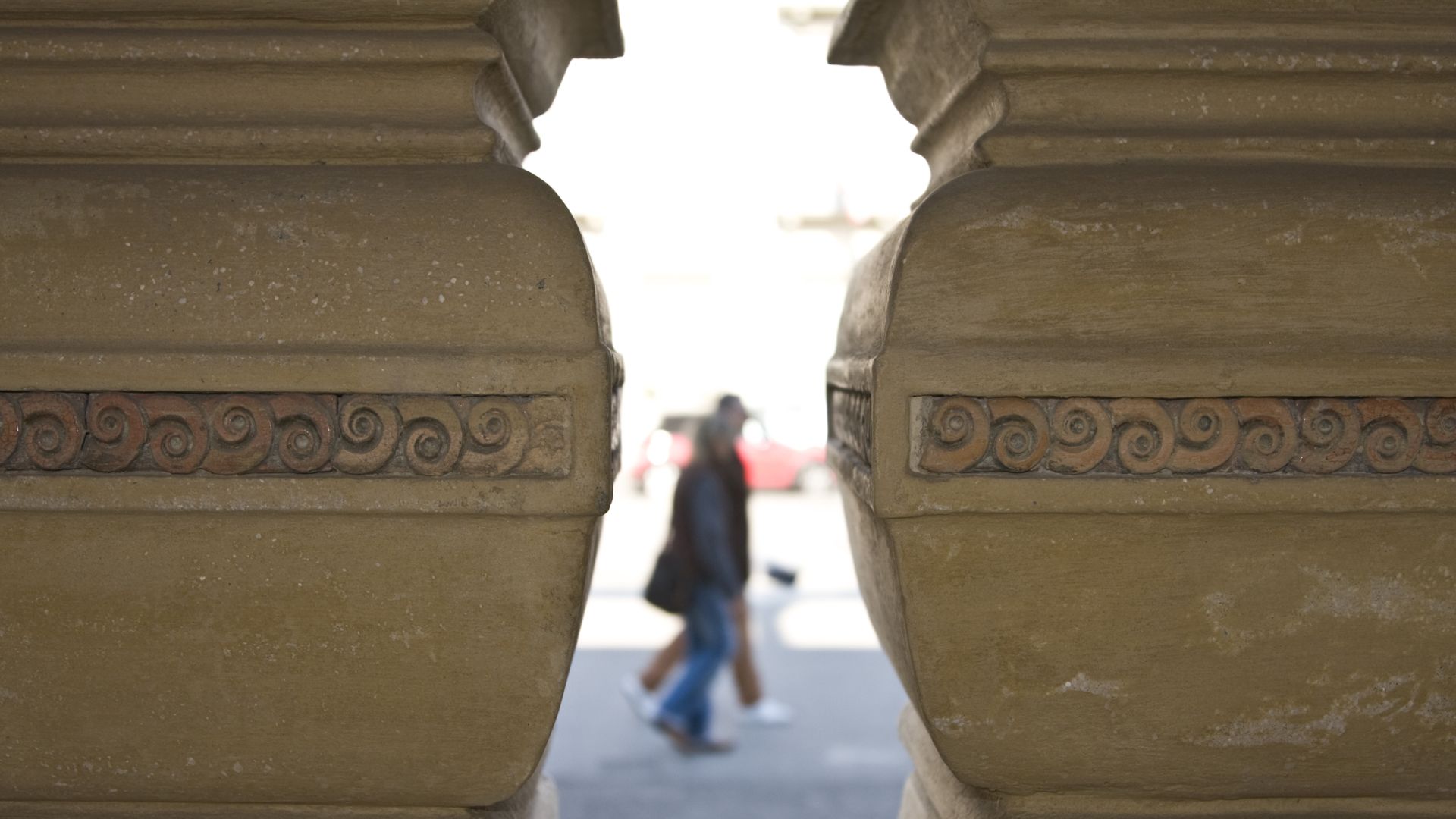 If you walk on the long avenue of the "promenade", refreshed by the scent of the sea, doing some window shopping at trendy shops, luxury boutiques, gazing at restaurants, pizzerias and ice cream parlours, and you look a little up, you will discover the beautiful architecture and refined decorations in a surprising sequence of lines, shapes, figures and colours, shortly, an open-air art gallery.

Viale Regina Margherita in Viareggio was officially  opened In 1902 becoming by the time the famous promenade with bathing establishments, cafes and shops housed in large wooden pavilions facing the sea. The city had been renewed and embellished to welcome many visitors and vacationers that started from the end of the 19th century to appreciate and spend the summer period on the sunny beaches of Versilia.

As fate would have it, a dramatic fire of 17 October 1917 destroyed all the wooden buildings along the waterfront in just one night; only one could be saved from the flames, the Chalet Martini, built in 1899 and home to the shop where Giacomo Puccini, one of the most elegant gentlemen of his time, used to buy fashionable clothes. Important architects and decorators were entrusted with the reconstruction of the devastated part of the city, such as Alfredo Belluomini from Viareggio and Galileo Chini from Florence, a painter and ceramist, but first of all a pioneer of the Italian Liberty style.

In a few years they transformed the features of Viareggio giving it a unique, lively and modern look. The discovery tour of these treasures starts from the pier in Viareggio, a few steps away from the former Supercinema Savoia (1927, once also a theater and café) in eclectic style, decorated with the ceramics of the Chini Manufacture, the cinema and theatre Eden (1930, once a theater, now a cinema, bar and restaurant) with its beautiful wrought iron and glass canopy, the Duilio 48 Warehouses, with two large oval coloured glass signs and large windows enriched with wrought iron railings and parapets.

Continuing on the promenade, after the Chalet Martini, a perfect union between the original wooden structure and Arabian style, the most precious Art Nouveau jewel, the Gran Caffè Margherita (1929, now a café, a restaurant and a bookshop), a work of Galileo Chini, with the typical turrets on the sides and the extraordinary domes decorated with coloured ceramic tiles.

Chini also decorated the building that is located shortly after, the Bagno Balena (1928), designed by Belluomini, with an oriental-style entrance full of colourful ceramics. On the opposite side of the avenue private residences, villas and hotels can be noticed: the small villa Chizzolini (1910), decorated with tiles depicting delightful caravels at sea, the small villa Nistri (1913), called "the mosque", with the turret that resembles a minaret and a two-tone facade, Villa Tina (now a hotel), with rich decorated windows with floral motifs, and the Grand Hotel Royal (1925), whose twin turrets dominate the coast.

Further inside the town, Villa Flora (1912) was also embellished with the ceramics of Galileo Chini: under the eaves there are dreamy cherubs among a dense vegetation and on the first floor a statuesque figure of a woman surrounded by colourful flowers. The Grand Hotel Principe di Piemonte, a luxurious hotel opened in 1925, ideally closes the tour, with an antique charm and refined furniture, fine details, marble floors. Not far from the seafront the last stop is at Villa Argentina, with the splendid ceramics of Galileo Chini that form checkerboard motifs and depict cherubs among a luxuriant vegetation; today the villa hosts art exhibitions and events.

> a trip on the lake > an Art Nouveau promenade