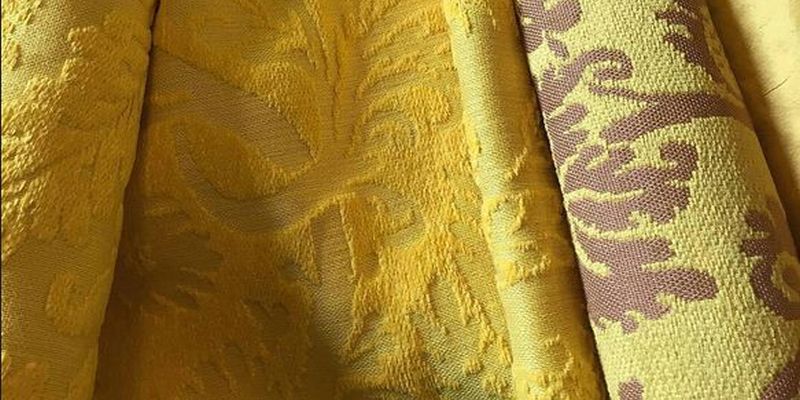 Attentive and curious visitors wandering around Lucca will probably wonder about what is hidden behind the doors of the town's buildings, what secrets or treasures are kept by locals behind the large window bars.
There are many answers and we suggest to follow the thread....of silk.

In the past centuries Lucca's merchants worked very hard to increase trade of local precious fabrics in the main European markets. However, the town soon abandoned the risk of expansionist ambitions, favoring a defensive attitude to protect its business and freedom.

As early as the 12th century,

families of entrepreneurs and factions exported silk to France.
The seventeenth century was the period of maximum financial expansion of Lucca that spread out to the markets in Venice, Flanders, Germany, France, England, the Baltics, and Russia.

There was no European aristocratic family that did not possess any fabric coming from Lucca, finely decorated and adorned with animals: lions, wolves, crocodiles, fantastic birds, parrots, heraldic eagles. There was no wild beast, from the woods or the sea, which did not fit into the catalog of decorations of Lucca's silk art.

Over the centuries, Lucca affirmed its business everywhere, trading with prestigious and beautiful indigo colored fabrics, embroidered with gold, that was produced by thousands of looms inside the town walls. A huge market and surprisingly high production compared to a small town, that also if militarily weak, was diplomatically and economically strong and became later a Republic.

The citizens of Lucca, like all Tuscans, were great travelers,

facilitated also by its fortunate geographical position.
The near position to the sea, the port of Genoa and the presence of a large local community in the Cannaregio district of Venice allowed Lucca to operate in two of the most important ports known so far in the world.

Business grew over the centuries, with ups and downs and despite the difficulties.

The Mansi family made a fortune a little later, compared to others, but thanks to trade with Flanders they laid the foundations for their economic fortune. To affirm their new thriving financial situation, as well as the rise to the highest and most privileged part of Lucca's society, Ottavio Mansi bought some houses with the aim of creating a large palace in the city, as a wedding present for his son Carlo who would have soon married Eleonora, a descendant of the prestigious Pepoli family.

The National Museum of Palazzo Mansi

is the prototype of 18th century aristocratic residences. A look inside the rooms of the palace owned by the most important merchant families of Lucca, opens up to a fascinating journey in everyday life of the Mansi and, thanks to the furnishings, the frescoes, the paintings, the tapestries and the architecture, offers a slice of life in Lucca at that time.

A modern building, similar to those in the great European capitals, that ended up becoming the prototype of the new architecture of nobles and merchants in Lucca. A formidable construction of baroque spaces, imperceptible from the outside, but revealing all their grandeur, once you pass the entry: the Music Room, the Rooms of the 4 elements, the Spouses's Room, open only to a few allowed to access.