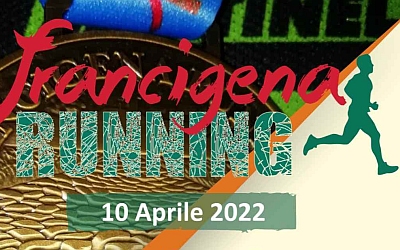 THE EVENT HAS BEEN POSTICIPATED, DATE TO BE DEFINED

History, culture and sport together for Francigena Running, competitive running race in the footsteps of the Archbishop of Canterbury Sigerico, who walked the path  in the tenth century from Rome to Canterbury, which later became known as the Via Francigena.

The 2nd edition of the Francigena Running, is scheduled for Sunday, April 10, leaving from Pietrasanta and arrival in Lucca, passing through Camaiore and Massarosa for a total of 33 km and an altitude difference of 800 meters.

For runners a challenging but very suggestive route, which winds through hills and mountains, green plains and beautiful views.

Registration until April 8 on endu.net